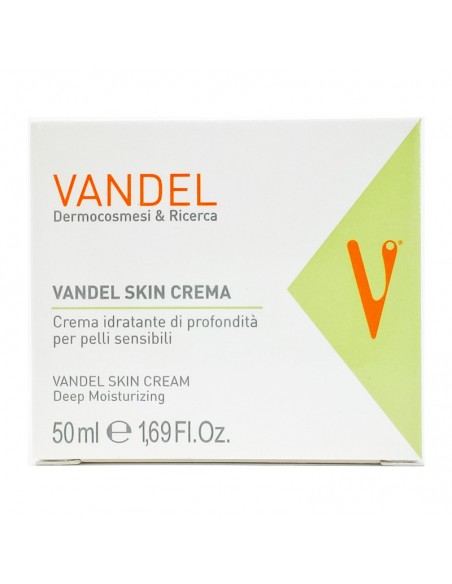 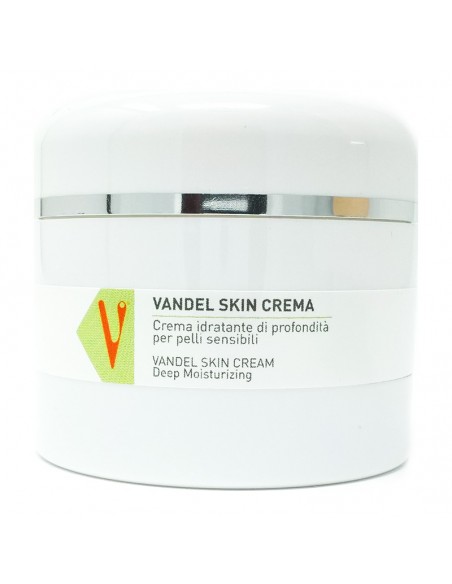 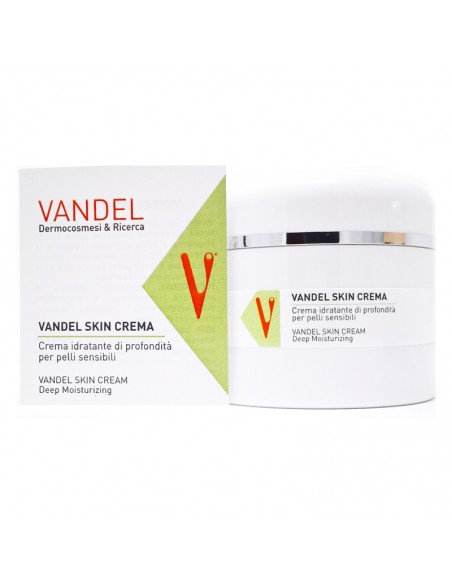 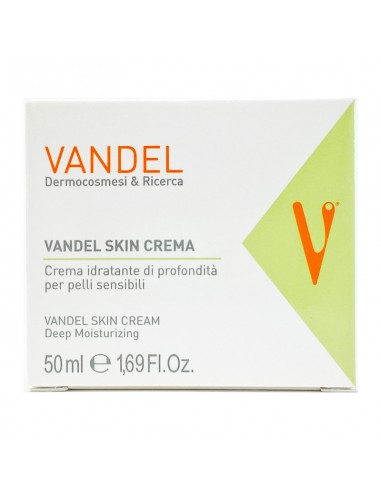 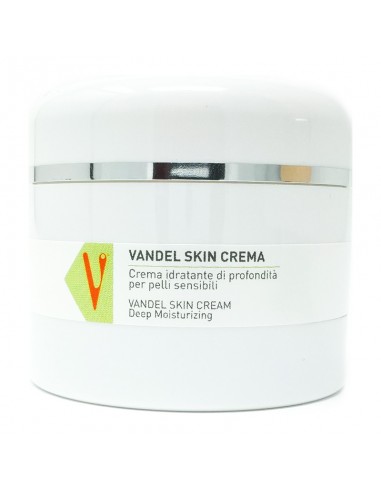 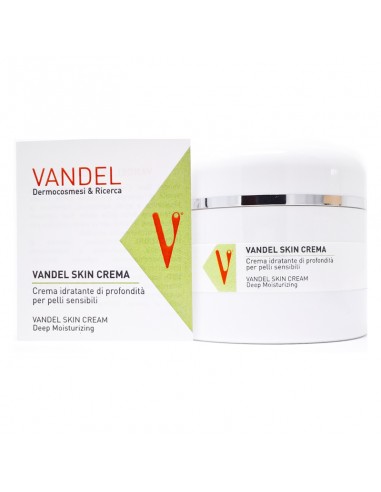 DEEP MOISTURIZINGSoothing and normalizing factor, aging, altered by solar radiation (photoaging) and time (timeaging).MODE OF ACTION OF THE MAIN COMPONENTS OF VANDEL SKIN CREAM• MANDELIC ACID: it’s an alpha hydroxyl acid (AHA) with 8 carbon atoms, derived by hydrolysis of an extract of bitter almonds. It has a strong ability to penetrate the skin. It’s widely used in cosmetology to promote the relaxation of wrinkles. It can be used unlike other acids adopted by dermatologists in all seasons because it is not photosensitizing. The treatments using mandelic acid may also be applied to photosensitive patients, without risk of hyperpigmentation.• IALURONIC ACID: deep moisturizing, water reserve for skin.• CARRAGEENAN: it ‘s a ilm molecular sustained-release of long duration. It has high moisturizing and gives a pleasant touch to the treated area. And extracted from Chondrus crispus, also known as Irish seaweed.

INDICATIONS: deep skin hydration, prevention and treatment of premature skin aging. Irritation from shaving.USE: apply VANDEL SKIN cream on the affected area and massage completely. Repeat application several times a day. Excellent as a base for makeup. CERTIFICATION OF COMPLIANCE WITH INTERNATIONAL STANDARDSOur flexibility in the production of specific formulations allows us to comply with the certifications required. We declared, to regard, currently do not use any derivative of pig or animal in general for our formulations used cosmetic dermatology. Our formulations are notified at the Italian Ministry of Health that we issue an identification code for each product and contain no preservatives skin irritants.

No reviews
Tap to zoom